The preface of a possible first-person sequel to my actual second book, The Lost Lantern, though my third novel will be available much sooner. Thanks for reading, A.S.

I don’t exactly recall when I decided that making money was unimportant. It wasn’t a conscience decision. If you watched my wedding video, the event nine months into my gig as a low-paid sportswriter, you’d see I actually snickered when I repeated the line “For richer or poorer.” It drew some laughs from the crowd. But believe me, at that time I had no intention of doing what I have done.

I went along with the newspaper game because it was fairly high-profile for my medium-market, Carolina world. My beat was a little-brother university bull-rushing its way into bowl contention with highlight-reel future NFL-ers. My publishers were willing to catch me up to a living wage once I proved I was worthy of their paycheck. But this was in the mid-1990s. Ever since Gutenberg slapped a sentence together newspapers have been consolidating and shutting down at an alarming rate. The movement was crescendoing through the ’80s and into the ’90s and the internet, email, websites, and blogs only made it worse. Gutenberg would probably flip a letter tray or two if he observed the ease in which we now share information and print.

The only intelligent notion I ever had was to marry my wife, Katy. I knew she was going to be a rock star. Beautiful and brilliant, she skipped over ladder rungs like a dog after a squirrel’s tail. About the time my newspaper was purchased and we writing rats were told we’d soon have no jobs – albeit illegally, we later learned – she was holding down management positions in the green pastures of pharmaceutics and medical equipment.

I somehow landed on my feet, wooing a college president and multiple panels of interviewers, successfully jumping the fence into media relations. I became the pitchman, the occasional spokesperson, the principle writer of the alumni magazine, the advertising buyer, the events coordinator, the Speaker Series planner and talent booker, the photographer, and, like Gutenberg, the print shop manager, which alone would have been a full-time job.

For a couple of weeks the president took me around town like his new pet. I met influential members of his Board of Directors, money-men with vision. But soon I was just like all the other poor schleps that worked there. The big man didn’t care who stayed or went. I know, because I also wrote the classifieds and placed the national ads. His lone concern was donors and his pleasantries extended only to a tight circle of cabinet members.

As the economy tanked and colleagues moved on, additional duties were heaped on me like pallets on a bonfire. I wore more hats than that kid on “Mr. Magorium’s Wonder Emporium.” Katy knew better than me that I was miserable. We had three children now (you may have guessed by the movie reference), the youngest of whom was about to start half-day pre-school. Katy was on the road three weeks out of four, pulling in mega bucks. And, I had an ace in the hole: my first novel was under contract. Like a rube jumping out of an airplane wearing a potentially-defective parachute, I signed my resignation, gave a month’s notice, and walked away. My name is John Gates, and my world is about to get weird. 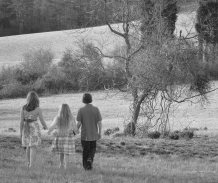 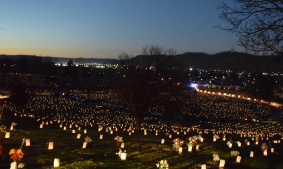 Spreading ink from life to the page...and back again.