With the current racial issues dominating the headlines following George Floyd’s murder and funeral, and now the weekend shooting of Rayshard Brooks, I’m reminded of a scene from my second novel, The Lost Lantern, a book ultimately about racial harmony.

The novel takes place partially in the 1960s, but mostly in mid-1980s Myrtle Beach and Murrell’s Inlet, South Carolina. In the scene, William McMillian, a black man, takes his white friend John Gates to a coastal point on government-owned wetlands for an important discussion. William has often come to the spot throughout his life to contemplate issues and consider important decisions. There is a single tree along the shoreline, its branches all growing to the west, the result of a perpetual ocean wind. William has just received the most devastating news of his life, the aftermath of racial injustice.

“I’ve done a lot of thinking here, John. I know I’m not a great philosopher, but I’ve had some good moments at this spot. Times when I just had to get away from our neighborhood, or get away from Danny’s (restaurant), from cleanin’ it and keeping the kitchen running right. I’ve been here late at night, with a full moon out there over the water… so beautiful, stars so clear and bright. And all I could think about was how great God is, and how wonderful this world could be.

I’ve thought about those branches. The branches of that tree… as black people. And the wind is white people. Whenever a branch starts to grow into the wind, or fight back, the wind picks up stronger, or shifts, until over time, the branch can’t do nothin’ but turn and join the other branches… defeated. If it doesn’t turn, eventually it’ll break. And it will fall and die.”  – William McMillian, The Lost Lantern.

When I wrote this I believed that the prevailing racial winds had changed since 1987. And I still do. Opportunity – and oppression – are becoming colorblind. In my opinion there is a small percentage of whites living in the past, unfortunately with the ability and position to exercise incredible ignorance and stupidity. I still believe we live in the greatest country in the world, that we will continue to grow and get through all of this – together. We need faith, hope, kindness, and love. Maybe that’s naïve and not hard-hitting. But it’s fundamental. With fundamentals, you need repetition.

The Lost Lantern and The Long Shadow of Hope are available on Amazon.com or on my author page at: https://www.amazon.com/-/e/B01EYPU3RQ

2 thoughts on “The Fundamentals of Racial Harmony” 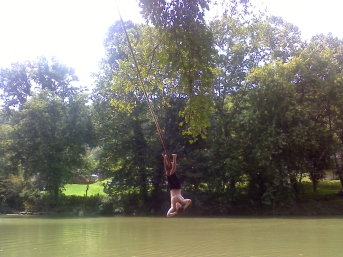