For me, Jeannette Walls’ blockbuster “The Glass Castle” provided inspiration both as a reader and as a writer. It confirmed to me that, even as a scribe of fiction, you must lay bare your soul. You must… leave a little blood on your pages.

As a coordinator of speakers’ events in my last position I was fortunate to meet Jeannette Walls behind the scenes. It was December of 2007, and as Director of University Relations I was the person responsible for getting Ms. Walls from one venue to the next, which included, after her speech, dinner in the President’s “tower of power” as I liked to call it. She even stayed in a campus guest apartment rather than across the river in a posh hotel.

Because I’d loved her book and because I was each day in the early a.m. before my commute pecking away at my first novel – a fact I did not disclose – I was especially stoked about her being on campus. She was, unlike some speakers who had preceded her with only dollar signs reflecting off their cold eyes, gracious, humble, enthusiastic, generous with her time, in great humor, and receptive to hospitality. After all, part of her now famous childhood was spent just two hours “down the road.” Despite her acquired Manhattan pedigree, she projected a down-home-girl-who’d-made-it-big image. She was beloved by her audience that evening.

Because of the movie’s release (I give it 4 out of 5 thumbs up), Jeannette Walls has been thrust into the spotlight again. I like what she wrote for a Los Angeles Times piece on August 10.

“Brie Larson captured so many of the other things that I did — and do — some of them not entirely appealing, most important, the way that I had tried so hard to cut myself off from my past, to feel nothing. The portrait isn’t always flattering, but it’s accurate. And to be understood is so much more important than being flattered.”

Jeannette Walls has sold over 2.7 million copies of her memoir and it spent 261 weeks on the New York Times Bestseller list. That’s over five years. The film rights – a writer’s true bonanza – have been sold at least twice.

She and I have two common traits: we’re both from West Virginia and our books both have 4.5 star ratings on Amazon.com. The rub? The Glass Castle has 6,133 reviews, The Lost Lantern has (in three weeks) but three. My first novel, The Long Shadow of Hope, has a near 5-star rating, 23 reviews in a little over a year, though the second title has renewed interest in the first. John Milton may or may not have known the struggles of the Independent writer when he wrote, “Long is the way, and hard, that out of hell leads up to light…”

Both titles available in paperback and electronically on Amazon.com and Goodreads.com.

Author’s note: This is a song I wrote many years ago that was meant to cast a light on poverty, provide social commentary. Today I was unsure of the completion date, then I realized it didn’t matter. This problem is ongoing. A.S.

A MAN GETS up every morning, and he takes himself away

To a place he really never wanted to go to, but he has no choice.

And they’re not making it anyway…

And they have no one to blame…

No matter what they seem to do, they just can’t get ahead.

And his wife comes home and says there’s a baby on the way.

And he’s leaving town tomorrow… though he has nowhere to go.

Well the lines are getting wider every day

Between the people who are safe, and who are not

And the bitter taste of poverty so seldom goes away…

Most the time, it’s there to stay….

So the man gets himself another job, working late at night

‘Cause soon he’ll have another mouth to feed, so he has no choice

And he’s worried about his wife being home alone, but there’s nothing he can do…

So under his breath he says a little prayer…

And he cries himself a tear… and he works on… and on.

Well the lines are getting wider every day

Between the people who are safe, and who are not

And it may not be a tragedy, but surely is a shame

But to some, it’s just a game… 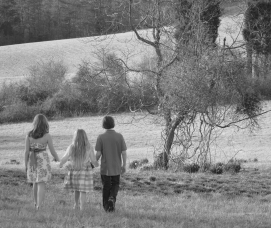 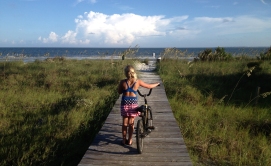