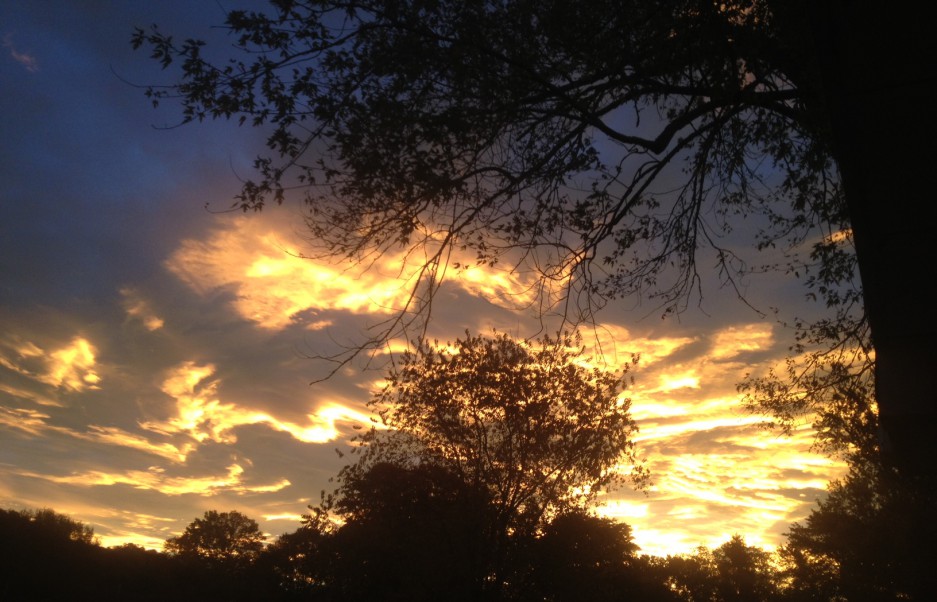 Author’s note: In July and August, 35 years ago, I tagged along with Jody Jividen, a great friend and award-winning journalist, on a three-week tour of the western United States. We packed in as much living as we could in those 21 days. But it wasn’t the beginning, or the end, of our history. Links to the first two installments of our story are below. View additional photos in my Photo Gallery and as always, thanks for reading. A.S.

I’ve dropped a few clues. Music was a huge part of Jody Jividen’s life. I mean, I love, appreciate, play, and write music. It was concerning songs and music – not necessarily fiction or prose – that he gave me the continuing advice and mantra, “Just keep writing.” But for him music was a lifeblood, a driving force. The drums, the bass in perfect unison, the screaming guitars, the band of players. Didn’t have to be rock, or southern rock, he appreciated great music, and he played it LOUD.

He’d given me as a Christmas present Jackson Browne’s debut album, Saturate Before Using, as much for study as appreciation. He was quick to point out the link between Browne and the original Eagles, as he was quick to point out the link between Bob Dylan and The Band. We saw Dylan together twice, the first time in an intimate setting at Virginia Tech, just Dylan and (later Saturday Night Live band leader) G.E. Smith, a rare and excellent show in which I had the pleasure of hanging with Yode’s college buddy Kenlee Smith. We saw Bruce Springsteen at Rupp Arena in Lexington, Ky., (’88 Tunnel of Love Express tour) with a tour-de-force group of our own in Mike Cherry, Dan Kay (on crutches), one of the Bailey brothers(?), and Chip Ellis. He and I saw B.B. King in Charleston, WV, and of course, Jimmy Buffett in San Diego. All these artists, and many more, were with us on our trip. Jody, like any of his passions, was meticulous about making cassette tapes for the car from albums, the print large, neat, and distinguishable. A few others on the trip: Pure Prairie League, Lynyrd Skynyrd and The Nitty Gritty Dirt Band – What I most took from the latter two: The Ballad of Curtis Lowe and Rippling Waters, respectively.

Now I must admit that my memory concerning portions of the trip are muddled. I’d had it in my mind these 35 years that two days after the Grand Canyon we hiked up Mount Whitney. What we did, I believe now, is get up from Grand Canyon debacle, and drive to visit the Hoover Dam, which was certainly a massive site to see, daunting, and still not too taxing on our recovering bodies because we didn’t tour it.

That seen, we drove into Las Vegas, had a good meal, rested awhile, then hit the casinos. I’ll admit to being wide-eyed as a 21-year-old in Vegas, and wanting to jump in with both feet if I could stay even with my limited funds. Yode, on the other hand, may have been treating it more as a scenic overlook than a hard destination. His blanket statement for the night was, “Remember, we have to get up at 5 a.m. to drive to Death Valley.”

After testing a few cold slot machines I found my way to the blackjack tables, learned the procedure as I played – with only slight disdain from my attractive, female, Asian dealer – and was actually having a little bit of luck. I’d certainly not lost any money. It was only after a half hour or so that I learned the drinks were free if you were gambling. Eureka! Suddenly Death Valley at dawn was as vital as rebound position on a teammate’s swished jump shot. I was having fun, catching a free buzz – and winning – who cares about Death Valley? But Yode had an agenda, and this was his trip. I ultimately folded and adhered to his wisdom of waking hangover-free. I always said for laughs he had to drag me out of the casino kicking and screaming, but it wasn’t that severe. I do remember being relatively annoyed.

The flipside of his persistence was, the next morning, I insisted that he NEVER turn off the car while we were perusing the random side roads of Death Valley, tiny thoroughfares that would come to abrupt ends, hidden by ridges – if not mountains of – sand and rock. I’m sure Yode believed he could run his way out and back to safety if anything happened, but it seemed extremely isolated and dangerous to me. It was beautiful and endless – though I was NOT having any “Horse With No Name” epiphanies – Death Valley was certainly no place to have car trouble. Of course, it was a national park, and had a headquarters we eventually came to, with green grass growing from water being pumped in I’m sure, and, without fail, overpriced T-shirts for sale.

After surviving Death Valley, we drove to Lone Pine in Central California, where Mount Whitney awaited. We stayed at a hotel with an outdoor pool, and for the first time, with a six-pack or two in a makeshift cooler, took a few hours to relax. It is there I realized that Jody swam freestyle like Frankenstein might – stiff-limbed and furious – creating a wake worrisome for the mothers of small children and nearby wild animals. He was hilarious. “Whitney” loomed inside Sequoia National Park, and we could see it from our poolside lounge chairs. It was a Clint Eastwood “Eiger Sanction” moment.

The next morning, a little better prepared with food and drink – knowing we weren’t going to face desert heat, we sat off to ascend Mount Whitney and her trails and switchbacks. It was a great day. Seeing Jody Jividen happy and in his element was memorable. We talked at times but also didn’t have to. We could be lost in our own thoughts without awkwardness. At 12,000 feet he decided this would be the place to stop, hang for a bit, then turn back. We could have gone the last, more-harrowing 2,000-or-so feet, but doing so really called for an overnight tent stay, and we weren’t that prepared.

It was certainly cold when we reached the standing snow on that July day. Out of necessity we both wore the sweatshirts we had tied around our waists at our start. There were lavender flowers, green vegetation, a crystal-clear creek, from which one could certainly contemplate and better understand its origin, rocks, and the hard-packed snow, still resilient to summer and the sun’s failing rays. The perfect spot for a self-timed picture. I believe I did the running. Film. No checking and deleting back then, in 1985. Eleven years later, when I was hired to serve under Jody as a Charleston Daily Mail sportswriter, digital photography was becoming mainstream. That transition, like the one just a few years before it, from manual to computer layout of the newspaper, ran some excellent old-timers out of the business. Technology was changing at a rapid pace. In my tenure as DM beat writer for Marshall University football and basketball, the advent of the internet, email, then texting made information so readily available. When I started in 1996, the Thundering Herd’s last year in NCAA Division I-AA, a year in which the team would go 15-0 and win the National Championship with Randy Moss as a freshman receiver, and Eric Kresser, the Coach Bob Pruett-encouraged transfer from Florida at quarterback (with Chad Pennington waiting in the wings, taking his redshirt season after playing as a true freshman in ’95), team and Southern Conference statistics had to be faxed to the office, usually a blurry mess. But it would all get easier, better – and infinitely worse. 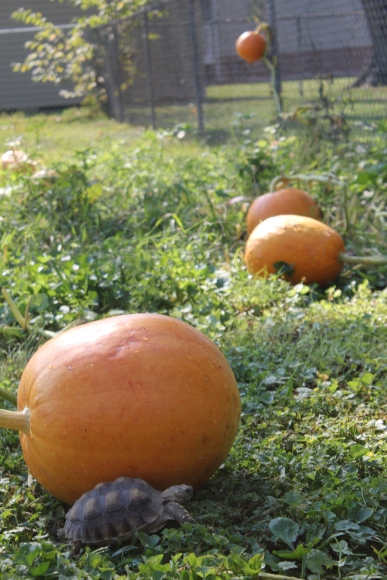 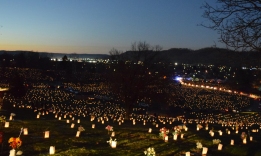 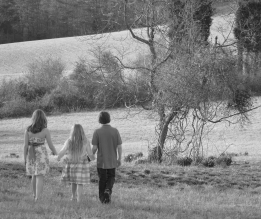 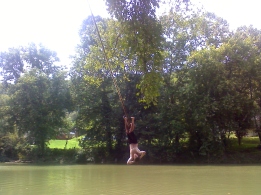 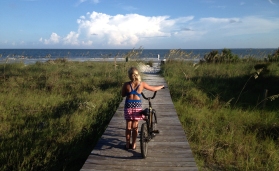